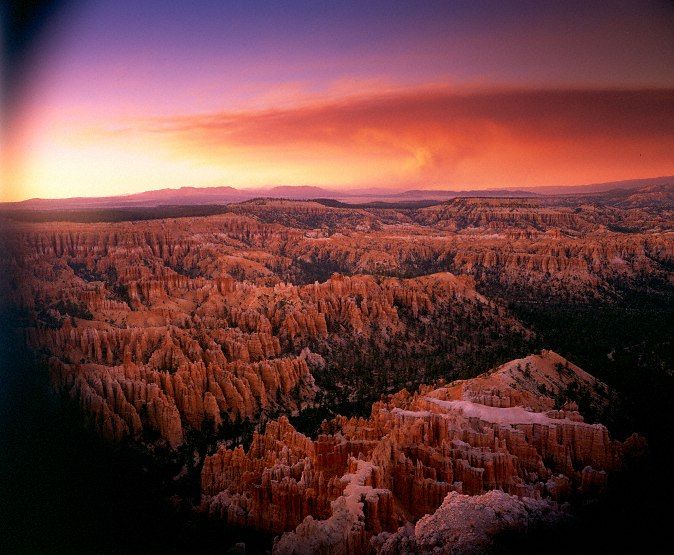 
spaceranger47 thought on 2/21/2004 that this photo was very cool and added the following:
"A wonderful picture, but it's off center. You would have to edit it way down if you ever wanted to do anything with it"

Bruce Wilson of Provo, Utah thought on 2/23/2004 that this photo was displayed properly and added the following:
"This is shot through a Cokin blue/yellow polarizer. I was just holding it in front of the lens as best I could, but wasn't aligned very well. In the end I liked the effect, so left it full-frame. Sort of an unintentional vignette, much like the very early field cameras that used lenses with small image circles. I've tried printing similar shots, but always come back to this one." [edit]